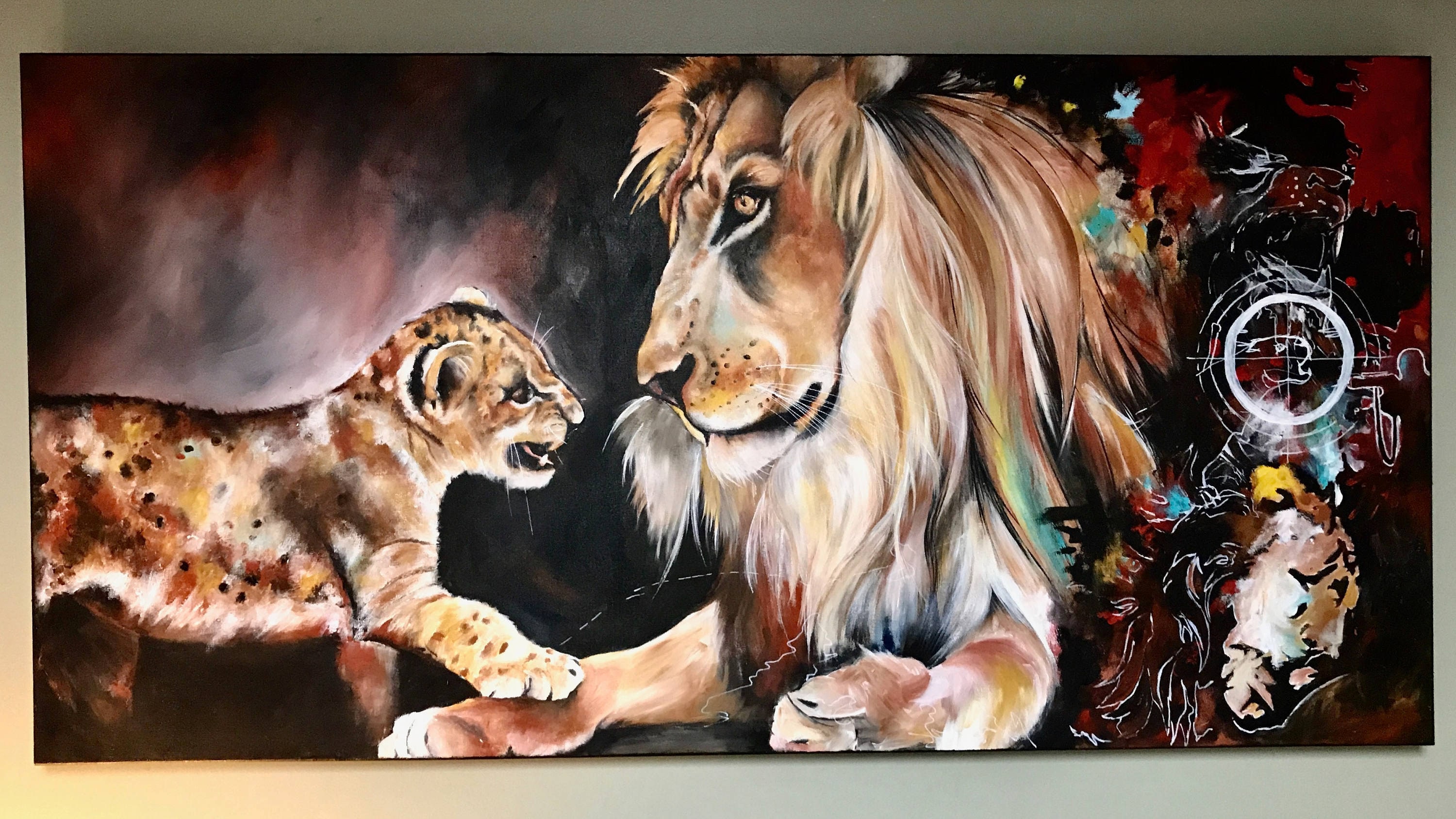 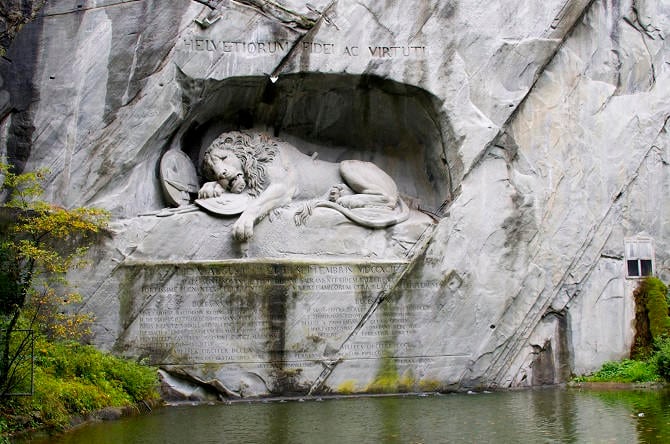 Threats to the Paternal Bond

As a former carnivore keeper at Zoo Atlanta, one of my favorite aspects of the job was observing the social behavior of the animals in my care. The intense bond between a male lion and his cubs was one that always fascinated me. From birth, cubs are raised by both parents and learn valuable lesson how to "lion" from both. In this painting, the young cub challenges his father with a harmless snarl. The attempted aggression is met with patience from his father, who knows his cub is testing his abilities as a maturing lion.

In the corner of the painting, threats to the African lion are subtly highlighted; a poacher's scope, a hunted lion in angst. "The Lion of Lucerne," a sculpture honoring fallen members of the Swiss Guard is illustrated at the bottom and shares a front paw with that of the pictured male, showing the symbolic connection between the two. Mark Twain praised the sculpture of the mortally-wounded lion as "the most mournful and moving piece of stone in the world"...a sentiment which fully embodies the African lion's current battle for survival.

Ship items back to me within: 30 days of delivery

I don't accept exchanges or cancellations

But please contact me if you have any problems with your order.

The following items can't be returned or exchanged

Because of the nature of these items, unless they arrive damaged or defective, I can't accept returns for:

0 items in your cart